In the year 2001, when the government of Sri Lanka decided to liberalize the LPG industry, LAUGFS Gas commenced its operations as a humble limited liability company, with an intention of becoming the second fully-fledged LPG downstream player in Sri Lanka. In the year 2010, the company, having consolidated itself as the second player in the LPG industry decided to go public and accordingly initiated Initial Public Offering (IPO), inviting the general public to become a partner in the next level of development of the company. Today LAUGFS stand as a public-quoted business entity at the Colombo Stock Exchange (CSE) with the participation of the general public as share holders from every corner of Sri Lanka.


Today LAUGFS holds one of the state of the art storage and filling facility at Mabima about 15km away from Colombo. The LAUGFS plant is capable of holding 3000 metric tons of LPG at any given time. Currently plans are under way to increase the capacity to 4000 metric tons by year 2017. The filling of gas into the cylinders is carried out through an automated process and the plant has the capacity to store a large amount of empty and full gas cylinders. The cylinder plant has the capacity of filling 30,000 cylinders of different sizes per day over the next 3 years scope.
LAUGFS Gas has a robust dealer network presence in every part of the country. The dealer network better known as LAUGFS GAS POINT, thrives to distribute 12.5kg domestic LPG cylinders, 37.5kg industrial cylinders and other vital LPG accessories under the brand name LAUGFS. At present, the company enjoys more than 30% market share in the Domestic and Commercial sector and 60% in the Industrial bulk LPG market. In its auto gas retailing sector the company also holds a stake of 85% market share.
For transportation of LPG the company in is possession of a modern fleet of LPG road tankers, while the distribution of LPG gas cylinders also uses a modern fleet of heavy vehicles.
All LPG handling is done in accordance to the international safety standard measures.

History -Our success
in the market


As the only Sri Lankan entity in the LPG business in Sri Lanka, LAUGFS has not only showed an extraordinary growth in sales but also operate as a highly profitable marketing venture. The sales trend has shown a healthy continuous growth at a rate much faster than the average market growth rate, giving LG an ever increasing share of a fast expanding LPG market in Sri Lanka. 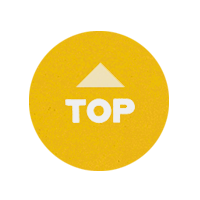